I love Paris because Paris is all that each of us can imagine, and so is the sim. There are places in Paris that seems painted on a canvas. In the early 1860s, young artists come together to create a new painting. They stand too strict rules of the Academy. They attend private workshops where you can paint with more freedoms contrary to the School of Fine Arts. The best known are: Edgar Degas, Claude Monet, Auguste Renoir, Camille Pissarro, Paul Cezanne, Berthe Morisot. Monet invites them to leave the studio to paint outdoor 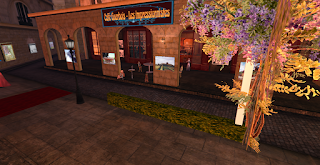 In 1869 Renoir and Monet worked together at La Grenouille‧re, a bathing spot on the Seine. Both artists became obsessed with painting light and water. According to Phoebe Pool (1967), this was a decisive moment in the development of impressionism, for "It was there that Renoir and Monet made their discovery that shadows are not brown or black but are coloured by their surroundings, and that the 'local colour' of an object is modified by the light in which it is seen, by reflections from other objects and by contrast with juxtaposed colours."The styles of Renoir and Monet were virtually identical at this time, an indication of the dedication with which they pursued and shared their new discoveries. During the 1870s they still occasionally worked together, although their styles generally developed in more personal directions.In 1874 Renoir participated in the first impressionist exhibition. His works included the Opera Box (1874), a painting which shows the artist's penchant for rich and freely handled figurative expression. Of all the impressionists, Renoir most consistently and thoroughly adapted the new style—in its inspiration, essentially a landscape style—to the great tradition of figure painting. 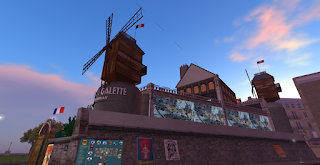 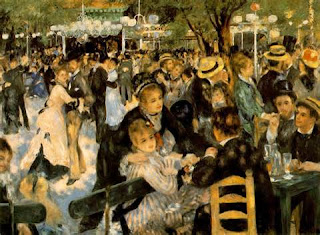 This framework has also become a symbol of Impressionism. In it are summarized especially the young and optimistic spirit that characterizes the painters, but also the joy of life, typically Parisian, which also involves the lower classes who find their places of entertainment in bars along the Seine for a seemingly carefree life. 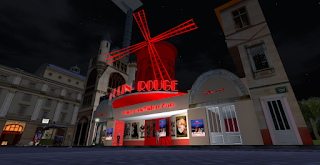 Paris... 1899. Satine is the star of the Moulin Rouge, the most desired courtesan but also ready to sell their favors to the highest bidder. Until one day come from outside the shy young Christian writer who falls in love, corriposto, her. But, there is a "but". Satine is also interested in a wealthy count who is ready, just to have it exclusively, it becomes an actress and to shoulder the burden of the costs for a complete makeover of the room. Lurking, then, there is the "mal thin": tuberculosis. 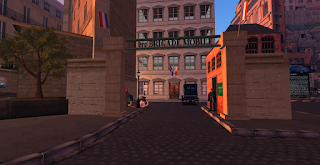 The Judicial Police was born in the Belle Epoque, under the Third Republic, the will of Georges Clemenceau, President of the Council and Minister of the Interior at the time, to give France a "police responsible to assist the authority judiciary in the prosecution of crimes and misdemeanors. "The hexagon is, during this period, experiencing a growing insecurity that all newspapers are widely reported, not without some ulterior political motives. The "Apaches" Paris, the "night workers" in the country, indeed the sow widespread disorder and show the inability of the state to oppose their security forces in sufficient number and competence. The municipal police fragmented and little or no trained to fight against major criminals, the poor gendarmerie brigades in men and means show themselves completely overwhelmed by the emergence of organized criminal gangs operating at gunpoint in several departments.